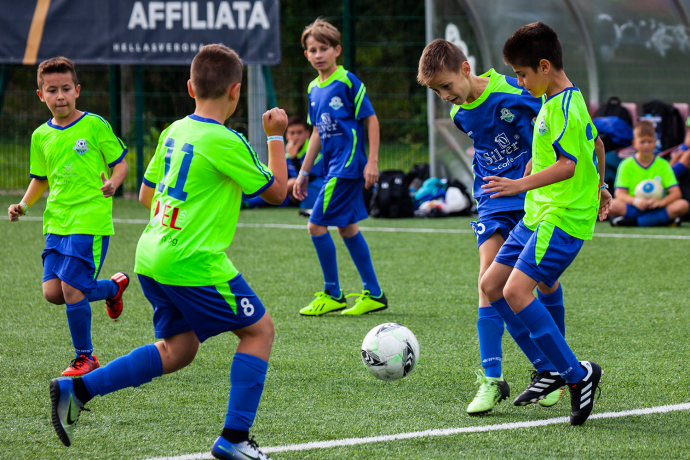 Verona Cup is an international youth tournament for boys and girls aged 10-19 years. In all age categories, the tournament begins in pool matches, after which the tournament goes to knock out matches, meaning each team is guaranteed more games in the tournament. In addition, several teams can move on from the pools, as the Verona Cup both contain an A and B tournament and its finals. In all A and B finals there are players Man of the Match awards, and free tickets for next year’s Verona Cup.

For the Verona Cup it is possible to participate with 5-, 8-, and 11-men’s teams, depending on age category. However, for certain age categories, it is possible to choose between playing 8- and 11-man tournaments, as shown in the tables below. In the 11 men’s matches, 2 x 20 minutes are played, and in 5- and 8-game matches 2 x 15 minutes are played.

In all age categories, both boys and girls, it is possible to use 2 age dispensations per match that can be up to a year older.